To The Spiritually Inclined

Solomon said " There is no new thing under the sun, is there anything whereof it may be said, see this is new?" What a far reaching statement and an equally far-reaching challenge. How are we to respond in the 21st century being surrounded by so many "new things" that Solomon had not the faintest idea? With all due respect, and considerable reverence for Solomon’s wisdom, and yet with a current awareness of a multitude of undeniable "new things," I believe we must just surmise that Solomon was speaking from his immediate perspective regarding man's behavior, and his less-than-desirable effects. His conclusion was, "all is vanity." From Solomon's immediate perspective and his experiments in trying to determine what was good and lasting and worthy of man’s attention, this is the way He saw it. I don’t believe it would be unfair to say that Solomon was in a fairly negative state of mind when he wrote those words. Looking at things (from only the immediate perspective) allows no leeway for ‘new realities’ or possibilities. This approach has kept so many in stagnant spiritual mentalities, which impedes our progress into new and exciting experiences with God. After all, it is written, that "In him we live, move and have our being.

If this is true, and I believe it is, there is always the possibility of something new. Remember, it was God who said "I will do a new thing" and again, "Behold I make all things new." New things require new thoughts, and he who has new thoughts can do new things. I feel it is extremely important that we remember that new thoughts are coming into our consciousness all the time. New thoughts create new things; we can have new thoughts about old things that help us to move forward into richer and more productive lives. Being willing to accept new thoughts without the fear of having violated some previous concept of truth is perhaps the greatest challenge for the spiritually inclined to overcome.

There is a tendency to stagnate on the old and recurring interpretations handed down through the ages so that it holds us back from accepting new realizations of the activity of God in our midst. But for the spiritually adventurous, who long for a faith without boundaries, to restate old things in the same terms is too constricting and limiting for their minds. This book is not a theological treatise, nor an attempt to engage in "higher criticism" or disparage previous interpretations. It is simply intended to suggest some other approaches to the truths we all hold in the highest regard. 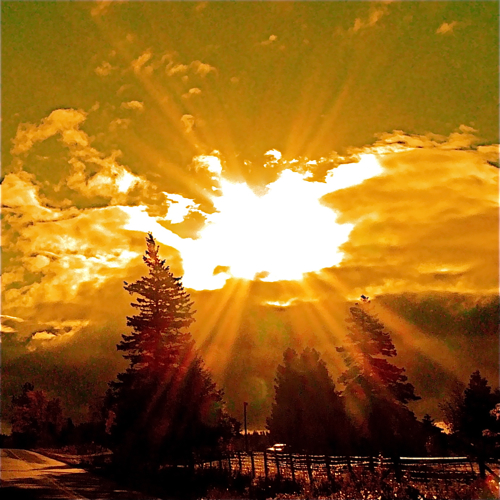